Everything started in the year 1879 with the patented invention of a novel, round sprinking cooler, working in counter current flow for the diary industry by the company founder Wilhelm Schmidt.

In the beginning, production started wir two workes in a small workshop in the village Flehingen. The workmanship grew quickly up to 40 men. So the company relocated to the nearby town of Bretten in 1884. But this factory site also came to it’s limit. New bigger buildings where set up at a new site, where in 1929 the 50th anniversary of the company could be celebrated.

This was the cornerstone of the actual product range. The continuously growing know how in development and production of heat exchangers lead to more and more products and areas of application. It was the food processing industry, taking the center stage at the first years. In the meantime, Schmidt produces diversified products for all industrial sectors including extensive thermal processing plants.

The contiuous further development lead to changes in the legal form of the company. In 1988 the Klöckner-Humboldt-Deutz AG assumed the ownership of the privatly held company. Less than a decade later, an US leader in heat transfer, American Precision Industries (API), based in Buffalo, N.Y. took over Schmidt-Bretten. So API strategically enhanced its range of aircoolers and shell and tube heat exchangers by the plate and frame technology of Schmidt-Bretten.

Now, as part of API Heat Transfer Inc we successfully cover the complete range of products in the area of heat transfer.

The latest relocation of Schmidt-Bretten into new factory buildings in Bretten in 2003 was another step ahead. Resulting in more space for an optimized production flow and enhancement of production capacities. 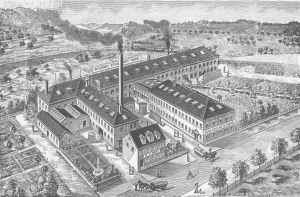