For the production of steam, the degassed water is heated in a steam boiler. As oxygen in the water can lead to dangerous corrosion, the water is thermally degassed in the upstream degassing tank.

Oxygen separates from the water until the evaporation phase and is blown into the free environment via the discharge line, possibly via a heat recovery system/heat exchanger, as so-called “waste steam”. Where a valve is installed in this discharge line it is on fixed at the operating weak point when starting the deaerator. Theoretically, according to the temperature, there is a steam loss of 0.2 to 0.5%, almost or even often more, of the boiler steam output.

With the Centec OXYTRANS TR-E025, the degassed O2 content of the vapor phase relative to the water in the headspace of the thermal deaerator and adjust the valve for draining the waste steam in a spot-like manner. 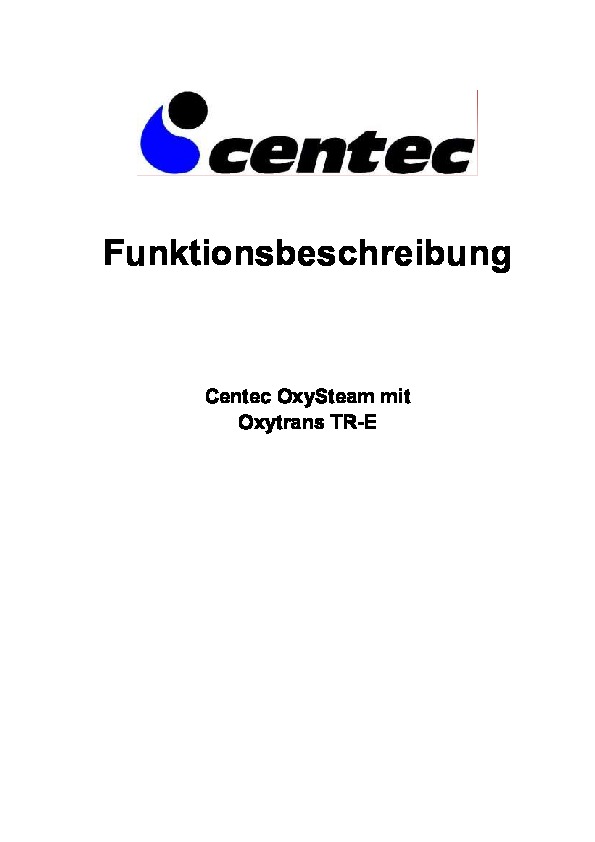 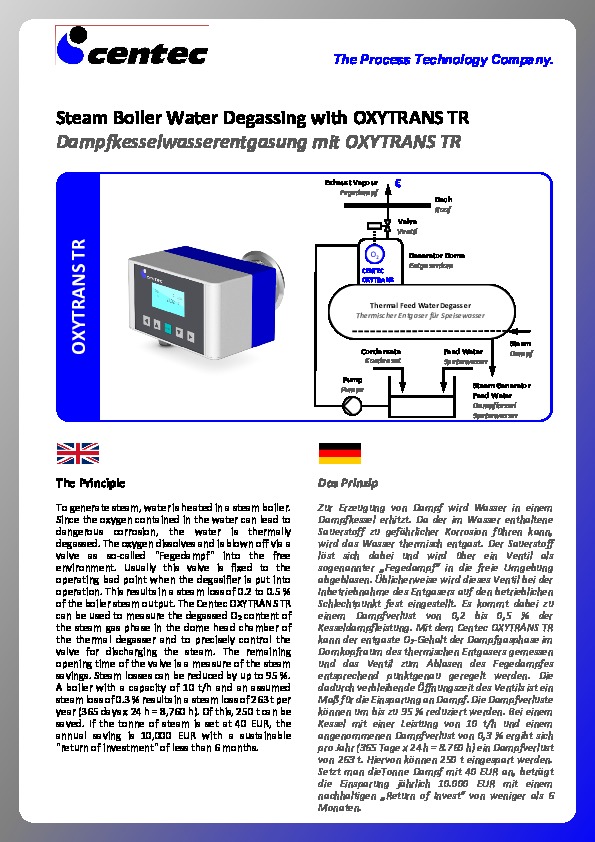